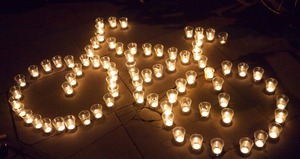 A vigil and demonstration to call for more Government action and measures to be employed to help prevent cyclist deaths.

“In the past week two more people lost their lives while cycling on Irish roads, bringing the total number of cyclists killed in 2017 to 14. That is four more than were killed in all of 2016, and it makes 2017 the deadliest year for cyclists in over a decade.

“We are sick and tired of the inaction by government, both local and national, when it comes to cyclists’ safety. We have been calling for increased funding and resources for cycling, but those calls have fallen on deaf ears, and cyclists continue to be killed as a result.

“[Tomorrow], we are joining forces with our colleagues from I BIKE Dublin, Stayin’ Alive at 1.5, Cyclist.ie – The Irish Cycling Advocacy Network to let the Government know that the issue of cyclists’ safety can no longer be ignored.

“Join us from 5.30pm as we hold a vigil and demonstration in memory of the people killed while cycling on Irish roads.”