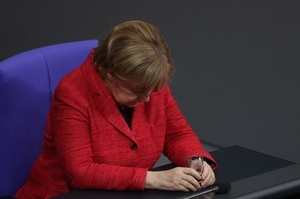 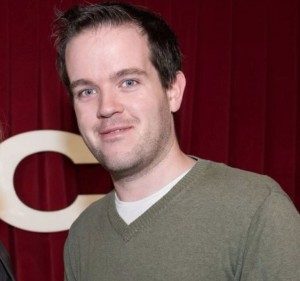 Despite being in a position of unprecedented weakness, reports of Angela Merkel’s political demise are greatly exaggerated.

As noted previously, government negotiations in Germany take time. The numbers thrown up by September’s election were bound to exacerbate this especially when we consider that the three groupings in question had never worked together at the federal level before.

The Liberal Free Democratic Party FDP abandoning negotiations removes what had been seen as the only viable option from the table but it does not mean government formation impossible.

A deal with the Social Democratic Party (SPD), where this party either extracts a high price from ‘Mutti’ for their help in bailing her out, or perhaps where the party supports a minority Christian Democratic Union (CDU)/Christian Social Union (CSU(/Green coalition from outside government (an Irish solution to a German problem), would seem like her next best option. A similar deal might also be possible with the FDP once their leadership has had a chance to cool off.

It should be noted that Germany has never had a minority government in the post war period and the Chancellor herself is on record as saying she would prefer fresh elections to such a messy arrangement.

With this in mind, however, she will also be aware that it is very hard for fresh elections to be called in Germany without the consent of the sitting Chancellor and the President- so it might not be as unstable an option as we think.

It is remarkable, and perhaps also more evidence of how much Germany values stability that no major contender within the CDU (or CSU) seems to have yet made indications that they wish to challenge her for the leadership and even if the current impasse leads to fresh elections in the new year, for the moment at least, it’s almost impossible to see her party not prevailing in one form or another.

“I think for the short- to medium-term she is irreplaceable,” said Jürgen Hardt a leading CDU member of the Bundestag. There seems to be a general realisation of this even within Germany where despite the uncertainty people remain calm and markets remain steady- the Frankfurt stock exchange even rose slightly yesterday.

This is in stark contrast to her embattled counterpart in the UK were chatter of Theresa May leaving downing street has been bubbling under the surface since the exit poll was released at the end of the last election.

Speaking of the UK, perhaps even more unfounded is the notion that Merkel’s difficulties are an opportunity for an embattled Theresa May to “divide and conquer” in Brexit negotiations.

It is notable that with the exception of the Alternative For Germany (AfD), the entire political spectrum in Germany has a similar attitude to the talks and will be keen for the country to continue its current line albeit at slower pace due to domestic difficulties.

Ultimately, It’s A Question Of Who Can You Trust

“The Very Nature Of The Debate About The Euro-Zone Crisis Is Changing.”