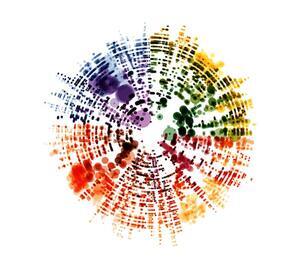 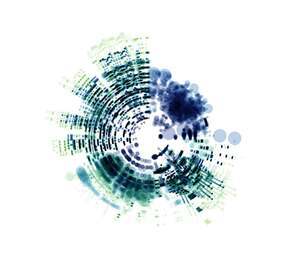 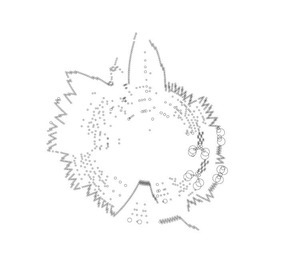 In these circular sweeps, as if laid down by the minute hand of a clock, each instrument is represented by a different colour. Each dot represents a note in the score. Pitch is indicated by the distance from the centre of the image, while the time at which the note occurs is given by the angle from the 12 o’clock position. The size of the dot indicates the duration of the note.

I did away with that and showed all notes in their natural position on the scale—distance from center—no matter how high (farther) or low (closer) they were. Essentially, while sheet music shows notes from different scales on the same staff, my project shows different staffs on the same scale—hence the name, Off the Staff.

Beyond Human After All

When Will The Bass Drop?