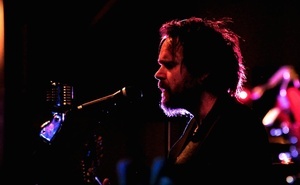 As you may know, Naas-based songsmith Hally is hoping to become first Irish Musician to release 52 songs in 52 weeks.

Hally, gave himself an insanely ambitious project. At the beginning of 2017 he set himself the challenge of releasing 52 songs,one song per week, to be completed by the end of the year.

The project is called “Peeling Onions” and not only is he producing one song per week (writing, recording, mixing and mastering all of them by himself) he is also creating a custom made video for each track.

There are only 4 weeks to go and 9 songs left … will he make it?

Hally is hoping to go live on Facebook to present his final piece of work, on Sunday December 31, 2017.

20 thoughts on “Fill The Decks With Songs Of Hally”