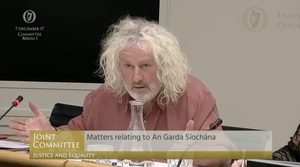 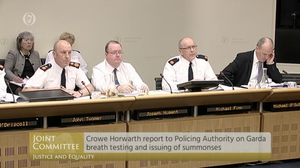 Members of senior Garda management are fielding questions in the Oireachtas justice and equality committee in light of the Crowe Horwath report for the Policing Authority on the fake breath tests and issuing of summonses.

Readers will recall how, on Sunday, November 27, 2017, Independents 4 Change TD Mick Wallace, while speaking about the gardai, told TV3’s The Sunday Show:

“Myself and Clare Daly have some new stuff to break very soon that would make the hair stand on your head about stuff that’s happening at present.”

At the justice committee this morning, Mick Wallace said:

“Only this week, we met a member of An Garda Siochana, he’s just put in a protected disclosure and he’s out sick for a while due to stress from work.

“And he’s given us incredibly detailed information about things that have been happening, right up unit recently.

“To be honest, we found it hard to believe that such things that he told us about could still be happening. And the way that, when he raised concerns about several issues, how they were dealt with by senior management.

“It was really disheartening for us because you know what, people might think that ‘oh, Daly and Wallace just want to be giving out about things’. But you know what, we won’t be vindicated until we have a police force that everyone will be proud of.

“And we’ve been tackling issues for over five years and if nothing has changed, well, that means, we’re wasting our time and we’ve failed. We want things to be done right.

“But it was really disappointing to look at the information he gave us around this, he’s put in a protected disclosure, we haven’t put it into the public domain yet.

“But, I suppose his basis to it was, not much has changed yet.”

“Now, I still believe, I’m an optimist by nature and I think things will change but sadly not enough has changed. And poor Maurice McCabe…is lucky to still be alive, that he didn’t do away with himself when the pressure was so great at times.

“But it would be very sad for him if nothing changes and very disappointing for him because nobody wanted change in the gardai, and having done his work, than of the people that came forward anyway, than Maurice McCabe.” 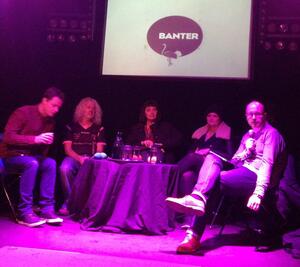 The Wrong Side Of The Thin Blue Line 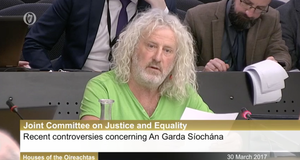 17 thoughts on “A New Garda Whistleblower”