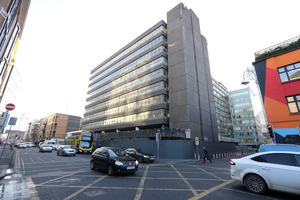 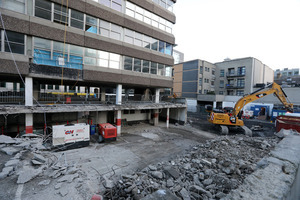 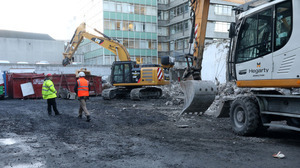 Workers from Hegarty Demolition company on the grounds of Apollo House preparing for its demolititon. The 10-storey Dublin city centre building is now best known for an occupation by homelessness activities in late 2016.

As many as 35 people who had been homeless or sleeping rough were housed in the office block until the end of January 2017.

The building has remained disused since. A construction company has started clearing at ground level in advance of work taking place on the main block.

From London With Love