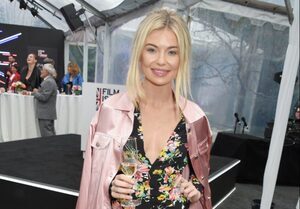 Made in Chelsea star Georgia Toffolo will chat to Ray about her “I’m A Celebrity” success, her friendship with Stanley Johnson, her love of politics and partying at Helen Mirren’s house after the Oscars!

Fresh from Can’t Stop Dancing Bláthnaid Treacy and her mum Anne will join Ray on the couch.

One year on from the anniversary of his wife Tina’s disappearance Richard Satchwell will talk to Ray about what the last year has been like for him and the hope he has that his wife will be found safe.

Ten years from the anniversary of his death, Christy Hennessey’s children Hermione, Amber and Tim will pay tribute to the man who had great hits like “Messenger Boy” and “Don’t Forget Your Shovel if You Want to Go to Work”.