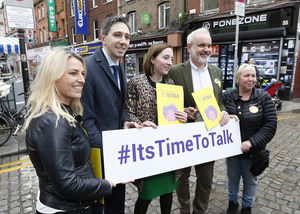 The launch of Amnesty’s ‘It’s Time To Talk’ campaign urging a Yes vote in the referendum on the Eighth Amendment. 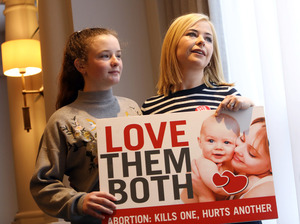 Louise Dunleavy with her daughter Ava at a Save the Eighth Press Conference. Louise had a condition called Spinal Epidural Abscess during her pregnancy. 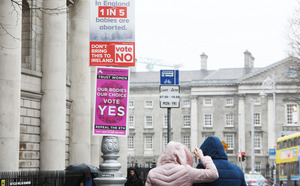 Yes and No posters in central Dublin.

So, how much would it cost to put this on a billboard? Or a beermat maybe? #repealthe8th #Together4Yes pic.twitter.com/tYYO3LuoPp