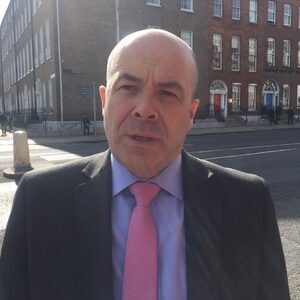 It follows a report in The Irish Times yesterday based on an affidavit sent to the High Court by the Office of the Director of Corporate Enforcement, in which it has asked the court to appoint inspectors to examine matters at Independent News and Media (INM).

The report stated, and Minister Naughten confirmed yesterday, that he spoke to Heneghan PR official Eoghan Ó Neachtain, who was representing INM at the time, on either November 10 or 11, 2016, about the proposed takeover of  the Celtic Media Group by INM to the Broadcasting Authority of Ireland.

Minister Naughten has told the Dail that he told Mr Ó Neachtain that he would likely send the matter to the BAI.

However, according to an email sent from Nigel Heneghan, founder of Heneghan PR, to Leslie Buckley, former chairman of INM, on November 12, 2016, Mr Heneghan wrote:

“The information, following Eoghan’s call with the minister which happened yesterday afternoon, is based on advice from his officials, he will pass it to the Broadcasting Commision [sic] of Ireland for review, because of the overall ownership of print and broadcast titled by DOB [Denis O’Brien].”

The decision to send the matter to the BAI wasn’t publicly known until January 2017.

In addition, he told Social Democrat TD Catherine Murphy in the Dáil, on December 6, 2016, that he hadn’t made a decision yet.

INM and the minister: who said what to whom and when? (The Irish Times)