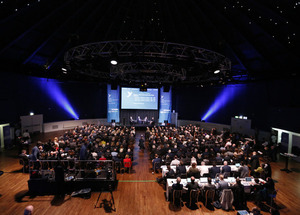 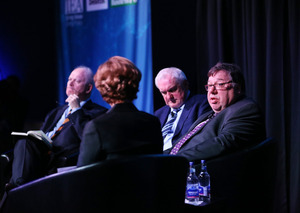 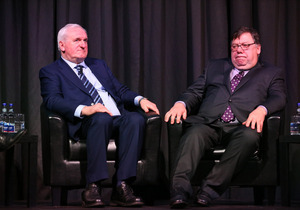 Former taoisigh Bertie Ahern and Brian Cowen at a conference covering the 20th anniversary of the Good Friday Agreement and its future under Brexit.

The half-day conference, compered by Olivia O’Leary, focused on the role the Northern Ireland peace settlement has so far played in the Brexit negotiations.

Saturday: That Seemed To Go Well 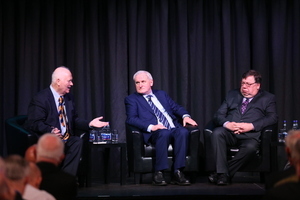 22 thoughts on “Meanwhile, In The Round Room”