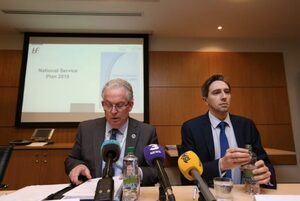 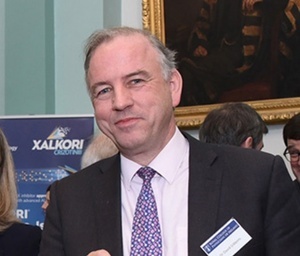 RTE’s Jackie Fox interviewed Dr David Gibbons, a former member of the National Cervical Screen Programme, who raised serious concerns about the outsourcing of cervical smear tests to US labs ten years ago.

He raised his concerns when he realised that the US lab tests were detecting fewer cases of cervical cancer than the tests done in Ireland.

When nothing changed as a consequence of him raising his concerns with the head of the HSE Tony O’Brien, he resigned.

But not before he warned health officials that there would be problems in ten years’ time – 2018.

Jackie Fox: “Now David, you had some concerns about the cervical screening programme. Tell me about them.”

Gibbons: “Well at that time, we had a backlog and we never sacrificed quality for [inaudible] and we had a backlog, due to under resourcing, the backlog was outsourced, some of it was outsourced to America. And when we got the smears back from America, we looked at their figures and they were finding significantly fewer high-grade dyslpasia [pre-cancerous changes] then we were in the same population. We were finding 1.8 per 100 and they were finding 1.2 – which was a third less.”

Fox: “So these are high-grade smears, is it?”

Fox: “OK, what are the differences between the US system and the Irish system?”

Gibbons: “The US system screens on a yearly basis and they do a quick screen every year so they get repeated bites at the cherry. In Ireland, the system was being set up for an every three years scheme. And a three-year scheme works. A three-year recall works, if you have a deep screen every three years. Our scientists were screening 25 to 30 cases a day, whilst the American scientists were screening 80 to 100, so they were screening three to four times as many in a day. So we were worried. With the figures we were getting back from America and with this mismatch of the systems, that there was going to be a problem. The three-year screening interval – it’s what they use in Britain – was the system we were introducing. But we were using an American screen for the three years but the American screen is repeated every year. So even though they screen quickly, they do it often. And we weren’t doing it often so we were having a substandard smear once every three years which lead to, which could potentially lead to problems.”

Fox: “Just to make it clear though as well. It wasn’t that there was an issue with the American system, it’s just that they do things differently compared to the Irish system?”

Gibbons: “Yeah, in the United States, they screen yearly. So the percentages of miss go down each year because you do it three times for each one time we were doing it here. The programme was based on a British system of a three-year screen but that would be based on a screen done as we were doing it in Ireland at the time, not based on a screen done as it was done in America at the time. The American system works for them but it’s just a different approach.”

Fox: “So what kind of results were you getting back then?”

Fox: “What did you do about those concerns?”

Gibbons: “Well as QA, chair of the QA committee, I went to see Mr Tony O’Brien, who was at that time, heading up the Cervical Screening Programme and I met him in his office, there was one other person there, I can’t remember who it was.

“And I started off saying ‘lads, QA advisor’ and then I continued, I expressed those concerns and I said that over a ten-year period, this will cause problems and the problems won’t become apparent for ten years. And he dismissed my concerns.

“So then, representing the faculty of pathology, myself and three people who were running lab, went to see Tony O’Brien and there were two other people in the room on his side, to talk about our concerns about this outsourcing problem – to tell him that we thought it was dangerous, that we thought it could lead to problems, that the problems wouldn’t become apparent for ten years.

“They didn’t really address our concerns, they continued to push on with introducing this outsourcing – despite our advice.”

“So it went to the Dáil then, passed through the Dáil, but it became a political football, as democracy works, the majority pushed it through and unfortunately, this is where we’ve got to now.”

Fox: “Did you make any predictions, any estimates at the time of when these, when your concerns would become apparent?”

Gibbons: “We did, we estimated ten to 15 years and I don’t think we were wrong.”

Fox: “Did you make any predictions or estimates aswell on how many people might be affected?”

Gibbons: “We estimated from our figures, that we got back from America, that approximately 1,000 cases a year might be missed of high-grade dysplasia [pre-cancerous cells] but we couldn’t be at all certain. They were so many variables but that was our best estimate.” 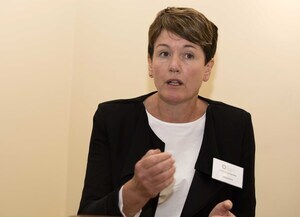 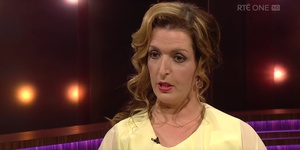 The Ray D’Arcy Show on RTÉ One.

Vicky Phelan is told by host Ray D’Arcy of the resignation of Dr Gráinne Flannelly from her position as the Clinical Director of CervicalCheck following the current controversy over smear test results.

The Price Of Allowing Developers To Self-Certify