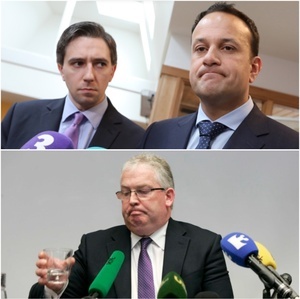 I’ve long been a fan of RTÉ’s ‘Reeling In The Years’ (and the earlier BBC programme ‘Rock and Roll Years’ from which it got its inspiration). The marrying of songs of the time linked with stories and issues of an era, proves to be an excellent memory trigger.

Soundtracks can be even more effective when conveying mood rather than chronology. A somewhat obscure song that has been playing in my head is ‘Only Women Bleed‘. The version I remember is that by English actress Julie Covington. It was years later that I learned that the surprising writer of the song was Alice Cooper of ‘School’s Out‘ and ‘Poison‘ fame.

The song seems apposite as we deal with yet another women’s health crisis in Ireland. A sadly repetitive tale where no memory triggers seem to work.

The litany of crises from Anti D, Hepatitis C to the current CervicalCheck scandal, with many, many controversies in between, has created a culture where women have been condemned as second class citizens in our health system.

If the State had contrived to create a health service that treated a sector of society with callous indifference, it could not have done better.

Except in Ireland, in relation to our health service, we don’t do contrivance. We do balls up followed by cover up. Few are ever responsible or accountable.

Perhaps this a carry over from the Catholic Church influence in managing our hospitals. Events of this type have been culturally treated as ‘God’s Will’. Better to have the lack of divine intervention than human negligence or incompetence, as an explanation for these scandals.

No Minister for Health has ever resigned over a health scandal. Political responsibility should certainly be accepted where policy has led directly to negligence. Even a prevailing political philosophy, such as putting fiscal prudence ahead of public safety, puts culpability firmly at the feet of the political decision maker.

We have seen the stepping down of the director of CervicalCheck (ironically a woman), in a rare resignation within the health service. Is that in itself enough or has the person or people responsible stepped up and accepted their responsibility?

I have listened incensed, as many have I suspect, to several recent radio interviews given by the Director General of the Health Service Executive, Tony O’Brien.

Mr. O’Brien is due to step down from his position, in a matter of months. A retirement brought about by natural events. While his resignation for the direct involvement he has had with CervicalCheck, would seem pyrrhic, responsibility should be taken whether failure has occurred on the first day in a job or in the final weeks of employment.

His resignation, while doing nothing to reduce or eliminate the damage that has been caused, would at least address the flawed culture of lack of accountability in our administrative systems.

It may even help produce a health service where women aren’t treated as second class citizens.