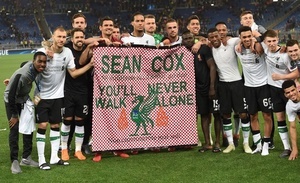 Sean, a 53-year-old Liverpool supporter, was left in a critical condition following the incident that saw two Italian men charged and remanded in custody by Merseyside Police .

60 thoughts on “In Fairness”