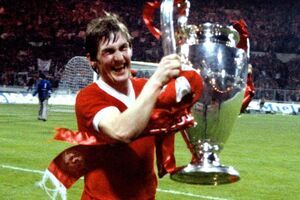 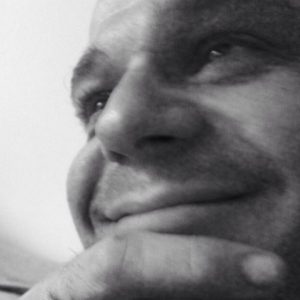 From top: Kenny Daglish with the European Cup, 1978; Listrade

Trigger warning: this is about a very trivial thing, it’s also about football (the association variety) and will involve some form of a happy fan of Liverpool Football Club.

If you’re in anyway familiar with The Second Captain’s Podcast then you’ve probably heard the Michael Parkinson clip. The bit where he succinctly and accurately describes sport as being the opposite of anything important like life or death and that’s what makes it so important.

I needed it last night [Roma Vs Liverpool[ European Champions League]. It was only a Semi Final, it’s not a trophy, but win or lose last night, I needed that escapism.

There will always be more important things than the success or failure of a bunch of millionaires of a tribe that I’ve decided to join, a hell of a lot more important things. But it hasn’t been pleasant to be so pissed off all the time, and I hardly use or look at social media any more, but stuff is still pissing me off.

At 43 I’ve seen a few of the booms and a lot of the busts. I’ve been at different points of the spectrum through both, sometimes at the bottom, sometimes in the middle, but there was always footie.

I mean, there are other sports and sporting victories that have been pleasant and exciting, but I’ve never known the collective lifting of spirits or collective lowering that comes from the highs and lows of association football. Emphasis on the fact that I’m speaking for myself and not saying that others don’t or shouldn’t.

We can lament how there’s a focus on the English League and one specific team in the Scottish league, but that’s to ignore history…and to some extent geography.

Take or leave Eamon Dunphy, but his autobiography “The Rocky Road” gives a good overview of life in Dublin in the 50s and 60s. Soccer wasn’t the media behemoth it was now. Even in Britain it was still largely a working-class pursuit and interest.

To be a soccer fan in Ireland at that time wasn’t exactly smiled upon, to want to be a soccer player wasn’t exactly supported or welcomed. That’s the environment my generation grew up in. It meant a lot, a hell of a lot and you kind of absorb that when you’re growing up.

But then the Irish lads started to do alright, they started to win things, you could watch them on the telly. It became an escape and just like heading out after seeing Star Wars and recreating the film on the streets with your mates with nothing more than a couple of sticks you’ve found lying around, you could recreate the game with anywhere between five and fifty of you (latter if it was a big game) with nothing more than some jumpers and anything that could stand in for a ball.

It wasn’t just a thing you watched on telly, it was in the streets too. You’d save up and manage to get an actual leather ball, jealous of the kid whose parents had got him the Mitre Delta while you’ve still got the old battered no-make ball with one of the leather hexagons missing and a large orange rubber egg sticking through.

And in many areas it was also forbidden, not just from the political sense, but from the noise and nuisance.“No Ball Games” signs started to creep up around where kids where just being kids and we all knew the houses some old bastard lived in where you’d never get the ball back if it went into their yard. Legend had it one would come out with a knife and stab the ball. Rob swore his brother had seen her do it.

I know it’s different now, but for many of my age and older, that legacy is still there and that’s part of why we like it and why, if we’re honest, we have this irrational passion for an unconnected sporting club that can dictate what mood we go into work the next day.

For all the real bad times in the 70s, 80s and 90s, nobody went into work or school in a foul mood over something a politician had done or hadn’t done or any of the “Troubles”.

It isn’t to say we didn’t care, we did, very much so, but that crap of life was just that: life. Get beat by United on Saturday? We’d spend Sunday wondering how we’re going to get out of work on Monday, we know what’s coming. Win against United on Saturday? We’re the first ones clocking in. We’re sat waiting for the United fans to sheepishly walk in.

They could have declared war on the Sunday. We could have had the long threatened nuclear destruction, but that was too real and too important. We’d have still been moping or celebrating the weekend’s results, the war would be way down on the list of discussion points.

Something changed in the 90s. Yes the whole Sky and Premier League played a part, but also how that led to more coverage in the broadsheets.

Even as an avid pseudo-intellectual with “highbrow” literature stuffed in my pockets, conveniently placed so that every could see what I’m pretending to read, I read the broadsheets for my pseudo-intellectual political posturing, but I never read one for a match report. That was always the tabloids.

Then we switched to the broadsheets and their eloquence about the game. It fell into that Money Ball trap. Not so much the analysis by the teams, but in over-intellectualising the game.

It meant a lot to me and many around me, but we’ve no idea why and that doesn’t matter because the reasoning behind it isn’t important. It just is.

The fact that for several decades, the only escape we had from the realities of our lives was an occasional movie and ninety minutes of twenty-two men on a pitch once a week.

The extent of the analysis we put into Kenny Dalglish was simplified to he’s fucking brilliant. We didn’t need heatmaps of his activity or positioning or any other analysis than he stuck his arse out and people bounced off when he controlled the ball.

I’m self-aware enough to know the disease of nostalgia and especially nostalgia infected with a working-class chip on a shoulder. I actually like that new breed of analysis. I read and listen to it all the time (except when we lose), but that’s not why I watch or follow it. It never has been and never will. Last night was though.

That’s just me and the people I knew and grew up with or worked with. For us it was soccer, for others that escape might be GAA or anything else (though probably not rugby, I don’t remember many of the senior managers skipping in based on the rugby results). Parenting, geography, peers, they all help dictate what it is that gives us that escape.

And it’s a different escape. Books, television, film, music, etc can all be escapes, but too often there are analogies to current social issues, the very thing you were trying to escape from.

I can’t keep rereading the first two Patrick Rothfuss while waiting for the third book for my escapism. Maybe that’s why reality tv caught on in popularity. There’s no socio-political analogy in a group of kids trying to shag each other on an island or who makes the best scones.

I’ve another couple of escapes coming up. Two games to secure Champions League Football next season and a couple of Spurs and Chelsea fans to gloat to or hide from and of course an even bigger escape on 26th May. Same day as the rugby…The day after the Referendum.

It won’t mean anything. It won’t solve homelessness. It won’t change the result of the Referendum (though it may dictate what time I get up to vote). It won’t end corruption or incompetence or anything important.

But that’s the whole point and I’m glad I have it. We might win. We might lose. But for ninety or more minutes nothing else will be as trivial and consequently as important as that match.

We shouldn’t feel guilty for wanting or needing a short-term escape from reality and we shouldn’t over-analyses it either.

Once you have an escape, never apologise and you’ll never lose it. Once you have that feel, it’s harder to get rid of than tattoos.

Sticking To Our Bubbles

Problem Solving And The Republic

Life, Liberty And The Pursuit of Fairness