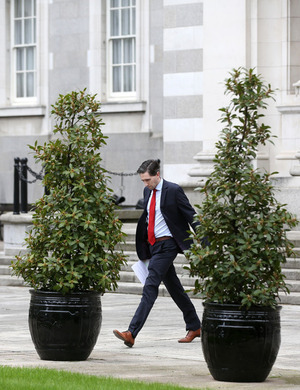 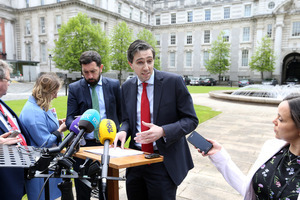 And when questioned by the media this afternoon, Mr Harris repeatedly avoided giving a direct answer.

He said there will be a new interim director of the HSE in place by the start of July.

“I haven’t done any such thing in terms of expressing or not expressing [confidence],” he said.

We’ve blurred the gory part of the multiple posters that have gone up around Simon Harris’s office – this is an escalation of something the people behind Save 8 have been involved in back to the 1990s, outside the GPO most Saturdays pic.twitter.com/Xv15mdivoJ

Dr Gabriel Scally who is heading up the scoping investigation into #cervicalcancer says it may not be possible for the scoping inquiry to attribute blame. But he says if he finds serious problems, he will be pointing to them. He says he will be frank and forthright. @rtenews

Abortion And What Simon Said

18 thoughts on “Between Two Ferns”