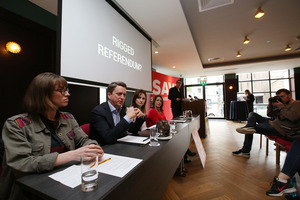 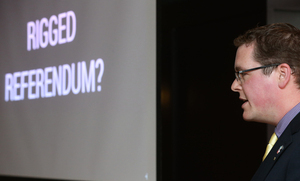 Save the 8th spokesperson John McGuirk said: “There have been no items that I can recall on any broadcast channel about actually what’s in the legislation people are being asked to vote on about how it’s abortion up to six months in some circumstances. It has all been Yes side talking points, Yes side sad stories.”

Cora Sherlock of LoveBoth called the decision an “outrageous interference in the democratic process which should be immediately reversed.”

Ms Sherlock drew the distinction between the decision of Facebook – which committed to stopping foreign interference in the referendum – and Google’s action yesterday, which she claims “actually censors Irish citizens”.

John McGuirk: Media coverage of abortion referendum has all been ‘Yes side sad stories’ (Irish Examiner) 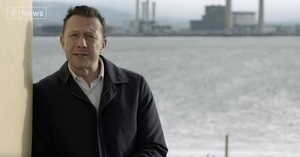 Paraic O’Brien of Channel 4 News in Dublin delivers a comprehensive dispatch on the ads row.

Up For It, But Past It

View To A Kill

108 thoughts on ““It Has All Been Yes Side Talking Points, Yes Side Sad Stories””