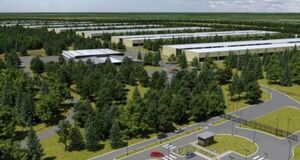 BREAKING: Apple’s announced it will not be proceeding with plans to build an €850m data centre in Athenry, Co Galway. Says despite its best efforts delays in the approval process have forced it to make other plans. Adds setback won’t dampen enthusiasm for future projects here.

34 thoughts on “Low Lie The Fields”