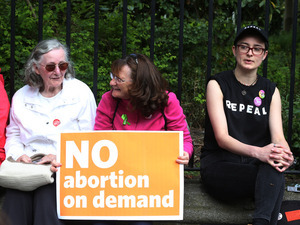 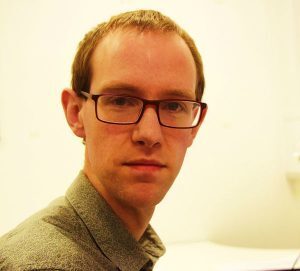 From top: Yes and NO voters at a Love Both rally in Merrion Square, Dublin last Saturday; Donnchadh Ó Conaill

Moral philosophy can appear hopelessly detached when it comes to issues such as abortion. Abstract speculations about general principles and imagined scenarios often fail to engage with the messy specific details and emotional trauma which for many people on both sides of the argument lie at the heart of the issue.

While I see merit in this view, it is important to not overstate it. In thinking about abortion, we should not pursue abstract moral theorising at the expense of, e.g., compassion for women who have undergone traumatic experiences brought about by Ireland’s restrictive abortion regime.

But moral theorising can complement our emotional reactions and what we think about specific cases. It can help us to think consistently and to examine assumptions which may be crucial in how we react to moral issues.

Dr Thomas Finegan’s article defending the right to life of the foetus (or “unborn child”, in his preferred terminology) is very much pitched at an abstract level. He does not consider any difficult cases which might result from a rigorous application of his ethical view.

Dr Finegan’s overall argument is as follows: if foetuses are of equal moral worth as individuals who are already born, then they have a right to life and so there is no right to abortion. I shall consider the moral status of the foetus presently, but it is worth noting that this argument may be questioned even if it is agreed that a foetus has a right to life equal to that of any other human.

One way to understand the right to abortion is as a woman’s right to end her pregnancy when she sees fit. In many cases, exercising this right this will lead to the death of the foetus; but later on in the pregnancy, it may lead to a very early birth.

It is not always clear when actions which lead to the deaths of others count as infringing a right to life. A crucial distinction which is often drawn is that between killing someone as opposed to letting them die. The former will typically infringe a right to life; the latter typically will not, at least as far as legally protected rights go.

This distinction explains why we can legally prevent someone from killing, but we cannot legally coerce someone into donating, say, their organs or their blood, even if to do so would save lives.

If bodily autonomy forbids us from compelling others to provide their body parts or blood to save innocent lives, why does it not forbid us from compelling a pregnant woman to provide her bodily resources to sustain the life of the foetus? In this way, it can be argued that the pregnant woman has a right to abortion, even if the foetus also has a right to life.

Turning to the issue of moral status, Dr Finegan asks which standard of moral worth a foetus fails to satisfy which the rest of us do satisfy. He considers various suggestions, finding each of them wanting.

This kind of argument requires that one consider all the plausible candidates for a relevant moral standard, and it is not clear that Dr Finegan has done so.

One option he does not discuss is that there may be no single moral standard, but a gradual development in a number of different faculties which together change the moral status of the foetus.

This fits with an intuition which, while it is certainly controversial, is widespread: that a zygote or blastocyst does not have the same moral status as the woman carrying it, but that a newborn infant or a very late-term foetus has a moral status equal to (or much closer to) that of the woman.

We are familiar with similar thinking in other areas, e.g., sexual consent. There is no single criterion which determines when a person changes from being a child unable to give consent into an adult. Rather, there is a complex development of emotions, social interactions, self-awareness and awareness of the needs of others.

Different people undergo this development in different ways, and there are no neatly defined stages through which everyone passes. But we all recognise that there are clear cases of children who are unable to consent and adults who are. We can say that something happens in the typical development of a child to explain this, even if there is no single change which by itself explains the difference. The suggestion is that we can say something similar regarding the development of the foetus.

A second option would be to appeal to sentience, the ability to have conscious experiences, to feel pleasure or pain or to consciously perceive (this is a far more basic capacity than the “ability to experience self-consciousness or to exercise rationality”, one of the standards which Dr Finegan considers).

It is notoriously difficult to determine at which stage in its development a foetus becomes sentient, but almost everyone agrees that it is long after twelve weeks, the suggested cut-off point for abortion on request in the proposed legislation.

Sentience makes a difference in the kind of life something can live; things can matter to a conscious being, in a way that they cannot matter to a wallflower or an amoeba.

Dismembering, say, a cat is cruel precisely because it can suffer; in contrast, tearing the branches off a tree is simply stupid. Each way of behaving may be wrong, but unlike the tree the cat can be wronged, and so what happens to it has a moral significance beyond what happens to the tree.

More generally, each conscious subject has a different moral status to anything which is not conscious. It has value in and of itself, rather than simply being valuable for someone else. If rights reflect the intrinsic moral status of something, the status it has in and of itself, then there is a case that only sentient beings can have rights.

Appealing to sentience fits with intuitions in certain other cases. It explains why most of us regard cruelty to animals as wrong (and why there are laws in place to punish it). It fits the idea that the moral status of the foetus changes as it develops.

It also provides an answer to Dr Finegan’s worry that the only way to justify the view that we are of fundamentally equal moral worth is to appeal to our common human nature.

Sentience provides an alternative basis for the idea that each of us is of equal moral worth; each of us is a subject who can have experiences. This capacity is shared by infants, those with advanced dementia or intellectual disabilities, and at least some persons in persistent vegetative states.

Lastly, Dr Finegan denies that opposing abortion entails condemning women who have had abortions, regarding this as “a clear non-sequitur”. But this denial is at best misleading, and at worst disingenuous.

If the foetus has a right to life equal to that of any other human, than morally speaking abortion is equivalent to murder, at least in terms of the rights which are violated.

Given this, it would be very odd for someone who holds Dr Finegan’s views to not condemn women who have had abortions, assuming that they would not hesitate to condemn persons who have seriously violated the rights of others in committing different crimes.

Furthermore, if one believes that abortion is such a grave violation of rights that it should be forbidden by law, one should surely demand that this law be implemented.

In other words, one should surely want both those who carry out abortions and those who commission them to be punished. This takes us back from abstract theorising to considering how an ethical view should be applied in specific cases.

Regardless of the arguments for or against such a view, it must be one which a society can live with. Whether or not the Irish people can live with this view of abortion is part of what will be decided on May 25.

Donnchadh Ó Conaill is a postdoctoral researcher in philosophy at the University of Fribourg in Switzerland. He is writing here in a personal capacity.

64 thoughts on “All Things Being Equal”