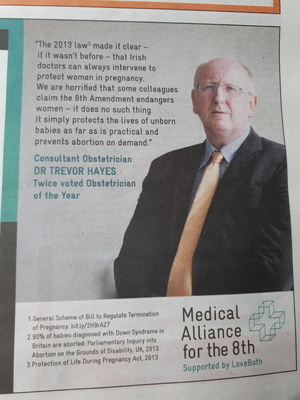 Advert in The Athlone Advertiser

So what happened to Savita Halappanavar?

That’s Not An Impressive Piece Of Oratory