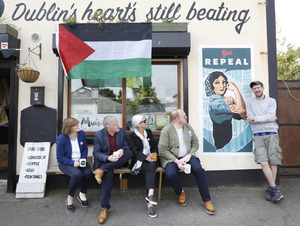 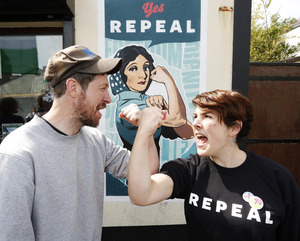 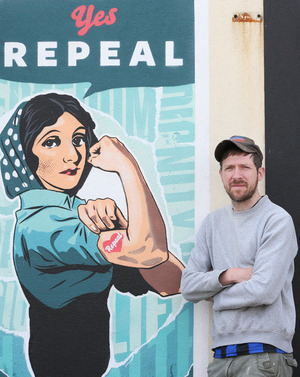 Street artist and graphic designer Giant Sigh (Gareth Joyce) unveiled a  mural calling for a YES vote in the forthcoming referendum, commissioned by The Irish Council for Civil Liberties [ICCL].

The mural unveiling comes as ICCL released a statement this morning on the increased importance of political and artistic freedom of expression in referendum contexts.

From top: Orla O’Connor of Together for Yes, Liam Herrick, director of the ICCL, Poet Paula Meehan of the Artists’ Campaign to Repeal the 8th Amendment and Cian O’Brien of Project Arts Centre with Artist Gareth Joyce; Gareth with Sinead Nolan; Gareth and mural. 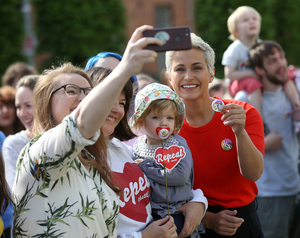 Former Rose of Tralee Maria Walsh  (in red) with Together4Yes activists at the launch of the ‘Make a Plan to Vote’ photocall. 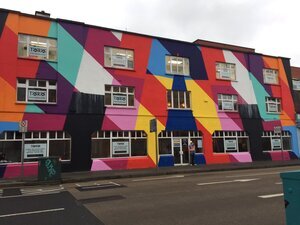 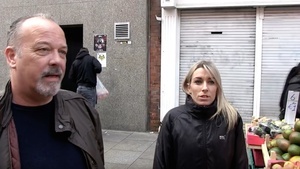 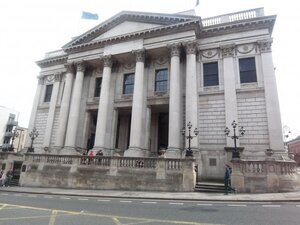