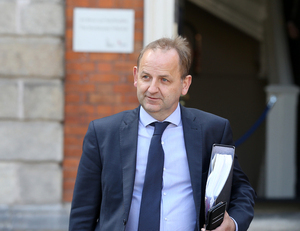 Mr Callinan said Sgt McCabe was right to report his allegations of wrongdoing and that he was “proved to be correct on quite a large amount of the issues that he has raised” before adding “and we know the criticism in relation to other matters”.

Mr Callinan also said that he would be the first to acknowledge that Sgt McCabe “has identified and did identify weaknesses in my system”.

Earlier: Meanwhile At The Disclosures Tribunal

10 thoughts on “‘Sgt McCabe Was Proved To Be Correct’”