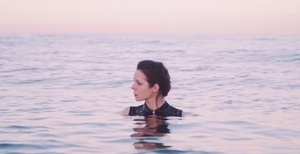 ‘The Dark’ is the first single taken from Laura’s new E.P. ‘Ceremony’ which will be released to the world this Friday 8th June.

‘Ceremony’ is the result of four years hard work honing a craft for which the young songwriter has already been lauded for with her self-titled debut release.

The experience of being part of the Irish contingent for this year’s Eurovision entry has also provided Laura with something not many performers get to do in their careers.

‘Together’, co-written by Laura with fellow Irish musicians Ryan O’Shaughnessy and Mark Caplice provided Ireland with their first Eurovision grand finals appearance in five years and captured the hearts of not only the Irish public but nations all around the world…