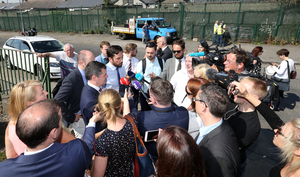 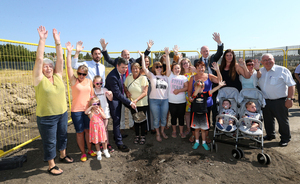 Minister for Housing Eoghan Murphy, Minister for Finance Paschal Donohoe, Lord Mayor of Dublin, Councillor Nial Ring and residents celebrate the ‘turning of the sod’ on the first phase of the Regeneration of O’Devaney Gardens Dublin.

A mere 10 years after removing all 285 householdss when the regeneration project was initially mooted and then scrapped.