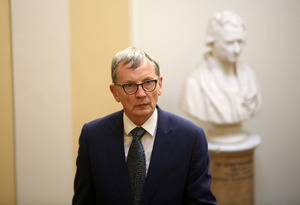 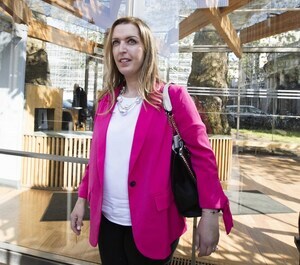 From top: Dr Gabriel Scally, who is leading the scoping inquiry into the CervicalCheck/HSE scandal; Vicky Phelan

Dr Gabriel Scally, who is leading the scoping inquiry into CervicalCheck’s screening programme has released a statement to say it “appears” that he now has access to files pertaining to his inquiry.

Yesterday, Limerick mum-of-two Vicky Phelan told Miriam O’Callaghan, on Today With Sean O’Rourke, that she had been speaking to Dr Scally and he was waiting on 2,000 files from the HSE.

“As of today, it appears we now have access to documentation being provided to us by the HSE in a searchable format and with all redactions, apart from those relating to patient confidentiality, removed.

“We’re now checking this for completeness. This is a very welcome progress and will assist us in moving forward with our inquiry in a more time-efficient manner, I would like to acknowledge the co-operation of all HSE staff who have assisted in making this information available.”

Ms Phelan was recently awarded €2.5 million in a settlement against Clinical Pathology Laboratories in Austin, Texas – which receives outsourced smear tests from Ireland.

She was given a false negative smear test in 2011 and subsequently diagnosed with cervical cancer in 2014.

“We’re still delay, deny, defend. And I spoke to Gabriel Scally earlier and he said he’s still being delayed with information. He’s waiting on 2,000 files. And everything is being put through lawyers. Why is that happening? I mean if they’re putting everything through their lawyers, there has to be a reason for that?

“And it’s heavily redacted so there is still a delay with this and it’s scandalous at this stage that we’re still no nearer the truth, how many months down the line.”

8 thoughts on “Unredacted And Searchable”