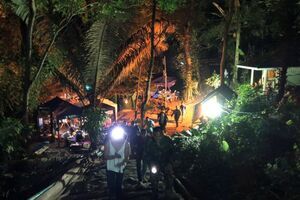 All 12 boys and their football coach have been successfully rescued from a cave in northern Thailand after more than two weeks trapped underground.

“The 12 Wild Boars and coach have emerged from the cave and they are safe,” the Thai navy Seal unit said on its official Facebook page. It added: “Hooyah.”