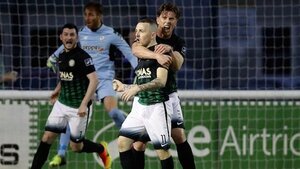 Here folks is a screenshot of a letter sent to Wicklow County Council by Gerry Muvley nearly a year ago. This was provided to us anonymously by a member of the council. He only ever wanted the land. Time to go Gerry. Get out of our club now. pic.twitter.com/tpD2l5EDsV

After failing to meet an agreed deadline of paying wages owed to players, the FAI announced that sanctions will be imposed on Bray Wanderers, sanctions that don’t go far enough according to Stuart Byrne [who said:]

“Shame on the people at Bray Wanderers on the way they have treated the football club over the last three years.“

‘You can’t treat it like a Mickey Mouse league’ (RTÈ)