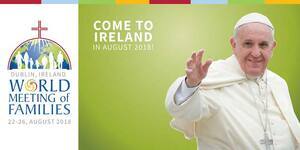 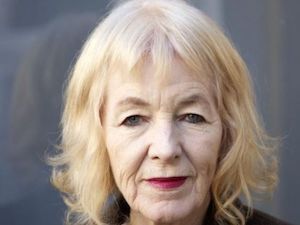 In an open letter this morning to Pope Francis in CounterPunch, writer and veteran journalist Rosita Sweetman writes:

‘Here in Ireland where your visit is to cost us €20 million, the damage done to victims of clerical abuse is still being counted; as Emer O Toole wrote in her article for the Guardian recently, “the government’s redress scheme for the victims of the church cost €1.5bn; a further €176m was spent supporting survivors with health, housing, education and counselling services.

While the government hoped that the costs of redress could be shared 50:50 between the Catholic church and the Irish taxpayer, the church has contributed just €192m to help those it tortured and abused”.

As well as those millions we (i.e., Irish taxpayers) have also spent millions on reports attempting to uncover that torture and abuse; €82 million alone on the Ryan Report, followed by the Murphy Report, the Cloynes report, the Ferns Report, the Limerick report – all costing millions, all detailing horrific and systemic abuse of Irish children, boys, girls, women and babies.

All systematically covered up.

Another curious thing for people who claim to be God’s reps on earth, as the Reports began to spill the abuse beans the orders of nuns and brothers involved in these abuses began to divest themselves of sensationally valuable property portfolios, some even coming with their own mass burial pits – no extra charge.

In one, builders were horrified to find bodies of unfortunate women dumped with their plaster casts still on, on arms, wrists, ankles, their identities disappeared under given names such as Magdalene of Therese, Magdalene of Lourdes, so families would not be able to trace them.

Actually the nuns, having pocketed the millions, dug the bodies up and had them incinerated, making damn sure families would not be able to trace them.

Yes your spin doctor has done a brilliant job convincing people you’re a new broom about to sweep the Church clean, while everything appalling about the Church – widespread sexual abuse, a philosophy and practice that is anti women, anti gay, anti contraception, anti abortion, anti same sex marriage, anti the ordination of women in the Church – remains intact.

Your attitude on child abuse?

“The Catholic Church is perhaps the only public institution to have acted with transparency and responsibility. No one else has done more. Yet the Church is the only one to have been attacked.”

Your attitude to political struggles for same sex marriage?

“the envy of the Devil, by which sin entered into the world, which cunningly seeks to destroy the image of God.”

On the ordination of women in the Church?

“That door is closed.”

“Defend the unborn against abortion even if they persecute you, calumniate you, set traps for you, take you to court or kill you.”

Here in Ireland we’re doing our absolute best to liberate ourselves from over 150 years of oppression, intimidation and abuse by the Catholic Church.

Over the past fifty years, particularly since the founding of the Irish Women’s Liberation Movement which challenged your power head on, we’ve legalised contraception, divorce, same sex marriage, even, ever so recently, abortion.

We’re coming out from under the regime that made us abandon our daughters to Magdalene laundries, that insisted our little boys go to Industrial Schools, that forced guilt and shame on us all.

It’s been a long hard road, and we’re not at the end of it yet.  We still have to regain control of our hospitals and our schools.

And we still have to din into the dumb heads of our politicians that we’re done with you; our leaders who believe that protesting your visit is “petty, intolerant, and certainly the opposite of progressive”; or  “wrong, petty, and mean-spirited.” And  “not legitimate protest”.

Not legitimate to protest the visit of the head of an organisation that has raped hundreds of thousands, let thousands of babies die, worked young women to their deaths and then thrown them into mass graves, preached so much shame and guilt that we as a nation became so divorced from our sexuality and our humanity that we stood by and let all this perversity happen? Please.

…we’re not so easily fooled anymore.

If you came visiting every day for a year I don’t think you’d stop the journey we’re on.

Too many of us have seen you guys for what you are: hypocrites who terrorise others into believing they’re ‘bad’ while their own badness is carried on in plain sight, with full impunity.

Shame on you. Shame on the Church you are head of. Please stay at home.’ 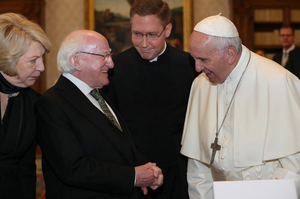 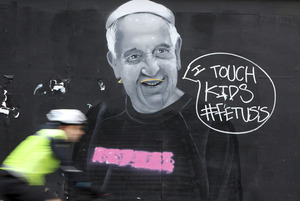