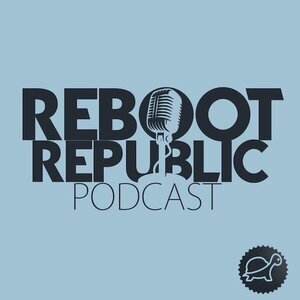 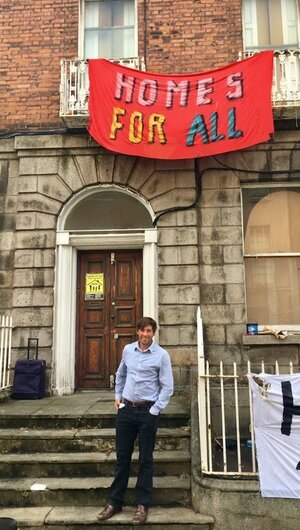 The actions of housing activists occupying vacant buildings in Dublin have once more captured the public imagination and highlighted the ever worsening housing crisis.

Just over two weeks ago housing campaigners occupied a building on Summerhill in Dublin’s inner city.

Ten days later and after gaining significant public support, they were ordered to leave by the high court.

But this is, as the activists explained, not a short term temporary protest.

So last Friday they took over a vacant property on North Frederick St and are demanding that Housing Minister Eoghan Murphy uses the powers of the state to Compulsory Purchase (CPO) such private vacant properties and use them for ‘public use’ such as homeless accommodation or apartments for public housing.

The Reboot Republic podcast (see link below) is recorded directly inside the occupation with two spokespeople from the housing campaign.

The activists explain that the reason for the occupation is to highlight the widespread abuses of tenants that is taking place across the private rental sector and the failure of the government to use vacant property to provide much needed homes.

They are correct- there are tens of thousands of vacant homes and property across Dublin while people are homeless and there is a lack of property available for rent.

It is illogical and immoral that such vacancy exists when there is such a level of need. And this provides an important context for the issue we raise of the legality of the action.

We ask if the activists are concerned that this could be an illegal action? They explain that it is a civil matter between them and the owner.

It appears that the Gardai, and the Irish state are reluctant to intervene at this point.

This is likely to be a reflection of the Government’s concern that they cannot be seen to come down hard against genuine activists who are trying to address and highlight the housing crisis like this occupation.

However, that could change, and that is why public support for the Occupation is vital.

We also discuss what has been learned from the high profile occupation of Apollo House. This includes the focus on action that is sustainable over a longer term, that the activists look after themselves to try and avoid burn out, and that this is an action to highlight the crisis, rather than aiming to provide a service to the homeless.

The spokespeople point out that this occupation has a diversity of participants that reflects the widening housing crisis.

This is, in particular, those in the private rental sector facing major rent increases and eviction; from renters, workers, students, migrants, to homeless families.

The work by the Irish Housing Network, Dublin Bay North Housing Crisis, Dublin Central Housing Action and many other grassroots groups over the past few years in supporting those affected and building an ‘empowerment’ approach – that is about supporting those directly affected to raise their voice and challenge the crisis.

The Occupation is important as it places the housing crisis into the public sphere on a constant basis for as long the Occupation can last.

It breaks through the silence, the apathy and the lethargy that dominates government approaches thus far to the crisis.

It shatters the dominant narrative of complacency and acceptance that nothing can be done to challenge the housing crisis – that we, as citizens are powerless in the face of the policies and forces that are transforming our cities into unliveable places of unlimited profit for the wealthy landlords and property investors.

It raises the question of why do we not have a real debate about our housing policy, and about why we do not have a right to housing in our constitution.

You can support the Occupation by getting in touch with the organisations above on their Take Back the City Facebook page, by helping out doing ‘shifts’ in the building, informing your friends and family, contacting your local TDs and councillors asking are they supporting the demands.

What is clear talking to the activists is that they are committed and are not going to give up. As the crisis worsens, and they campaign extends, we are likely to see more Occupations, and further housing protests.

A radical change in direction in housing policy is required away from the failed Rebuilding Ireland policy and towards funding local authorities sufficiently to engage in a major house building programme for a range of households including cost rental housing, protecting tenants through permanent leases and affordable rent measures, and putting the Right to Housing in the constitution to the people in a referendum.

The Housing Minister and Taoiseach, Varadkar, and Fine Gael, have shown themselves unprepared to do this. So while Fine Gael appears to be riding high in the polls, this housing crisis could yet be its Achilles heel.

Either way, citizens are leading the way while the government and housing Department dithers.

And when a broad group of active citizens become empowered and take action with clear demands, as we saw in the Water Movement, Apollo and the recent referendums, they are a force that can force the government and state to change.

The housing movement is growing to that point. What better time than now for you to get involved and add your voice to make sure, together, we achieve a housing system that ensures the right to housing – an affordable and secure home – for all.

The Housing Figures Don’t Stack Up

What Paschal Won’t Tell You

16 thoughts on “Inside The Occupation”