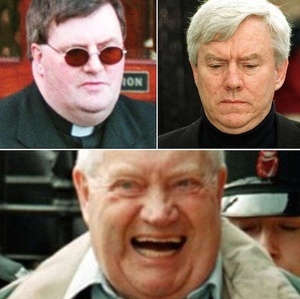 Incredible painstakingly-researched work on clerical abuse in Ireland (undertaken by Boston group).
1,300 Catholic clergy accused since 1975. 70 convicted and they’re all detailed here. What about the others? Church won’t release names.https://t.co/OP3RlFQglw pic.twitter.com/VGmzgJVVPG

BishopAccountability.org has identified more than 70 clergy in the Republic of Ireland and Northern Ireland who have been convicted of sexually abusing children or whose alleged abuses have been amply documented in the Ferns, Ryan, Murphy and Cloyne reports.

This is our fourth published database: we have maintained an accused U.S. clergy database since 2005, and we recently launched databases of publicly accused clergy in Argentina and Chile.

These databases have confirmed for us the clarifying power of lists of names.

A public list makes children safer. It gives profound validation to victims. It serves as a resource for prosecutors, journalists, scholars and even church insiders: over the last few years, several church officials have asked us to add names or information to our U.S. database.

While we bring this simple idea of a list to the Irish clergy abuse problem, we are painfully aware of what we as outsiders do not bring.

We don’t have the anguished history of Irish survivors, or the deep knowledge of the Irish crisis that many visitors to this page will have.

We hope that even the most learned among you will find the list a helpful way to reflect on clergy abuse in Ireland, but we also hope that you will advise us and help us make this database better.

Earlier: ‘The Meeting Won’t Be Announced Until After It’s Over’

Over 1,000 Children Targeted By ‘Predator Priests’