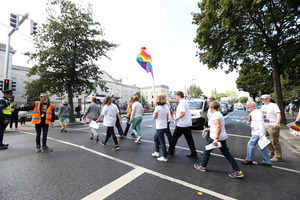 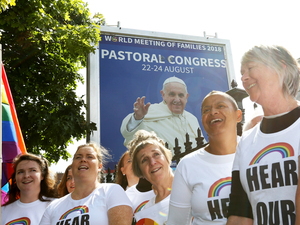 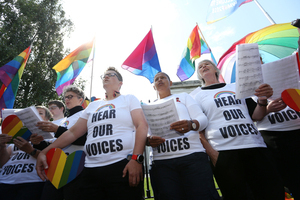 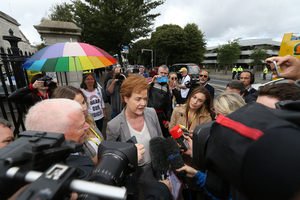 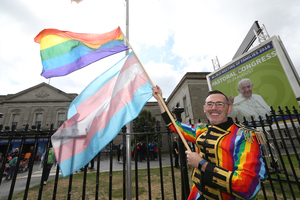 The LGBTQ Choir along with journalist Ursula Halligan (pic 4)  and LGBTQ Pride Manager Eddie McGuinness (above) held a short protest outside the World Meeting of Families having been excluded from having a stand at the event. 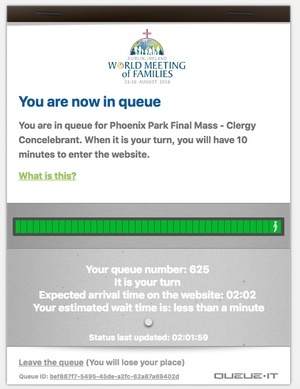 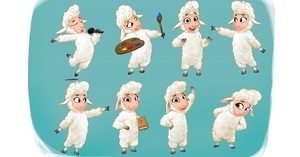 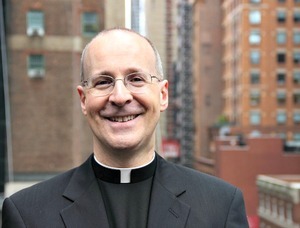 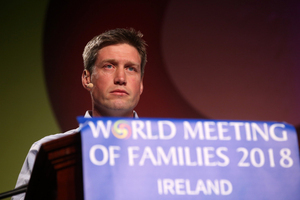 What Would ROG Do?

57 thoughts on “Hang Out Your Brightest Colours”