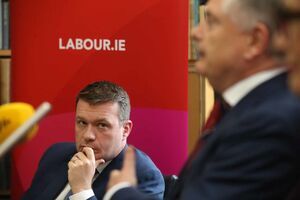 9 thoughts on “‘We Need A Radical Shake-Up’”