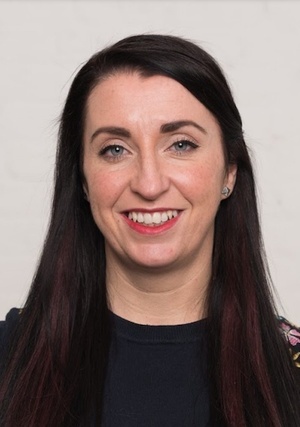 This is slightly off usual course but bear with me…or don’t, there’s a choice here!

I recently took up hill running/hiking. I’m still very much a newbie but nothing compares to the feeling of freedom and strength it gives me when I crest a summit and get back down the other side in one piece!

The thing is though, in lieu of friends willing to do it with me, it’s mostly a lonely trek; literally.

I tend to be a solo-soldier on most mountain trails I run and you’d be lucky to pass a couple of people over the course of 90 minutes or so.

When I started out I was immediately bombarded with the ‘don’t be daft, it’s not safe’ narrative. My parents were (and still are) up in arms about the idea of me running isolated mountains alone.

Male friends who care about me sought to reassure themselves that I carry some sort of weapon when I run (I don’t!), and the first question women ask me when I tell them of my hobby is ‘do you feel safe though?’

Generally I do, in fact one of the benefits of the activity is that it makes me feel strong and powerful however there have been times when I’ve wavered.

Most recently the tragic case of Mollie Tibbets, a young woman abducted and murdered whilst jogging near her home in Iowa had me reading the online commentary with interest; male friends offering running company for female friends; women recounting tales of their own running experience and how they’ve had to adjust or often just give-up entirely on their activity of choice. It made for some sobering reflection.

Last week, after an absence due to illness, I took to a familiar trail and just as I was about to complete it – in view of my car and all, I let my concentration lapse and I took a nasty tumble.

As I lay there in agony and momentarily unable and afraid to move my damaged limbs, I felt immensely vulnerable.

That feeling was compounded by the subsequent chats with folks who cautioned about how ‘anything could have happened to you up there alone’.

Determined not to let my confidence be shaken any further I waited the week’s recovery out and on Monday evening I took off for the same trail.

All was going well until about 5km into my run when I rounded a bend only to see a man on his own up ahead who didn’t appear to be kitted out for what was quite a crappy weather evening up the mountains.

Something primitive kicked in – my heart rate accelerated, my eyes immediately began scouting around me to locate possible exit trails/routes if required and I flexed my still-injured leg to try and gauge whether or not my sprint reflex would fail me if called upon to make a dash for it.

This all happened in a split-second.

The feeling of power I was enjoying on the run was immediately replaced with fear and vulnerability. It strikes me that too often people dismiss the notion of ingrained rape culture as something overly-dramatic; but the way I felt in that moment was absolutely a result of an ingrained rape culture.

A lone man in an isolated spot was enough to make me terrified – not through any fault on his part at all, just an all-too normal reaction of a woman in this situation. And how would the victim-blaming narrative have played out had something happened to me? ‘Ah well how stupid was it to be up there on your own?’ etc. etc.

When I was a young child (and with a broken arm at the time) I was attacked. On a bright summers evening, less than 200 meters from my front door, a car drew up, blocked my path and a man, naked from the waist down, tried to bundle me into the car.

Luckily both my fight AND my flight instinct kicked in and I screamed for my life, kicked and ran, done a Starsky and Hutch-like roll across his car bonnet despite my plaster cast and sling, and I escaped.

He was subsequently caught and jailed and was also charged in other attacks including a rape. So for me the stranger danger of sexual predators has never just been something that happens in TV crime dramas or crime novels however, until that moment on Monday evening I’m not sure I fully appreciated how deeply ingrained that fear is in me.

Interestingly, on the drive up to the mountains on Monday evening I’d been listening to Mary Wilson on RTÉ’s Drivetime interviewing an impressive UK female Labour MP, Stella Creasy, who deftly poured scorn on the question of ‘why would a woman enter politics knowing the abuse and misogyny they’ll endure?’

Ms Creasy, without taking a breath, challenged the idea that a woman should have to adjust her actions and choices just because the current narrative dictates that such a toxic culture is ‘just the way things are’.

She questioned why we would blindly accept that abuse and misogyny should ‘come with the territory’.Post-run terror, it struck me that the same applies- why should we just accept that as a woman alone I should adjust my behaviour.

Why is it that my male friend can take to the hills without a second thought whereas I’m branded as reckless and a risk-taker for doing the same.

I’m not naïve, I understand that for now that’s how things are and I’ll have to take precautions and deal with those heart-stopping moments of fear while my male friends will probably never fully appreciate how much it affects my choices and how I have to adjust how I approach an activity that I love.

What I can do however is challenge the narrative that it’s ‘just how things are’.

I can continue to highlight the need for awareness of real fear rather than dismissing it as ‘in your head’; the need to listen to the lived realities of women who live and breathe this every day.

I can continue to highlight the need for attitude shifts so that hopefully in 10 or 15 years’ time when my own daughter is running an isolated trail and comes across a lone male her first thought won’t be of imminent danger and the reaction if something bad happens won’t be to immediately blame the woman for choosing to pursue what should be a perfectly acceptable activity for either a man or a woman.

And to the man out on his solo hike, I’m sorry!

You probably felt as uncomfortable as I did in the moment because this toxic culture does neither of us any favours and if both sexes work together to eradicate rape culture, abuse culture, general misogyny and sexism then we’ll both be better placed to pursue our passions.

Your Vote Is No Good Here