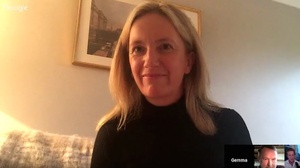 After a tough campaign to get on the ticket, Gemma O’Doherty (top) joined us (above) and on our YouTube channel to discuss her reasons why she was denied a nominations to contest the Presidency of Ireland and her future plans.

Last Night On The Telly

Broadsheet on the Telly TONIGHT @10pm