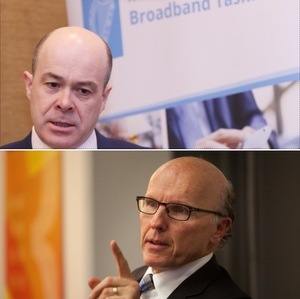 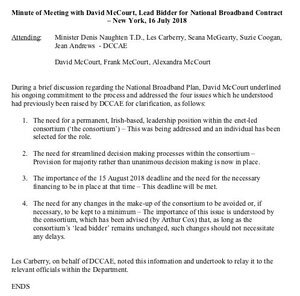 Minutes of a private meeting between Minister for Communications Denis Naughten (top) and David McCourt, head of the last consortium to bid for the National Broadband tender.

Details of the dinner hosted by David McCourt, the head of Granahan McCourt, show that a far more wide-ranging discussion than was outlined by the minister took place, with at least four issues relating to the plan having been discussed at the gathering in New York in July.

…This week the communications minister said he had a discussion with Mr McCourt during which the “only issue” raised was that of potential changes to the bidding consortium.

…The document shows that Mr McCourt reassured officials who were accompanying the minister that an individual had been selected to take a role within the consortium which the department had requested be filled by a “permanent, Irish-based” executive.

Previously: ‘Here We Are Again’ 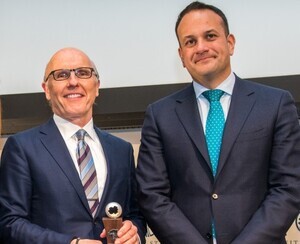 7 thoughts on “McCourt In The Act”