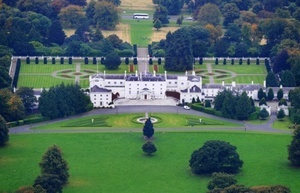 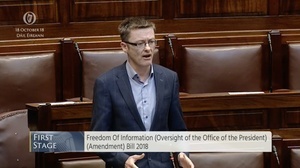 Sinn Féin TD David Cullinane introduced a bill in the Dáil to extend Freedom of Information law to include the Office of the President.

“There’s absolutely, in my view, no impediment to the Office of the President and all of the spending that goes with that, being subject to the Freedom of Information Act.

“I don’t know why Minister [Brendan] Howlin exempted the president’s office at that time. Maybe it was advice from the Attorney General or not, I don’t know. But I believe it was wrong and I simply believe it should be corrected and here’s an opportunity to correct it.

“I’m appealing to parties across all, across this House, all parties to support this Bill. We believe it’s important. It has been an issue in terms of public scrutiny that people believe it should be subject to FOI in my view. I believe it’s the right thing to do.

“And as I said, I’m appealing for support for the Bill and I formally move the Bill at first stage.” 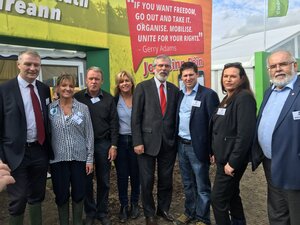 ‘We Have Done It Within Our Own Rules’

4 thoughts on “‘Here’s An Opportunity To Correct It’”