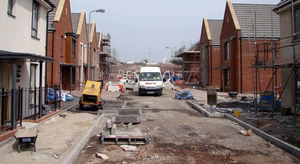 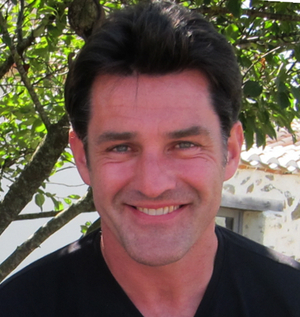 Readers will recall Madeira Oaks in Wexford, a passive scheme featured in issue 15 of Passive House Plus.

Eight new homes purchased by Wexford County Council in 2017 are recorded by the Department of Housing as council builds.

What resources are available?

Finance and industry capacity need to be assessed, but land availability is critical.

Minister Eoghan Murphy has suggested enhanced land ‘compulsory purchase’ powers for councils and a new agency to manage and buy more land. Are these needed?

The state controls or owns more than one quarter of all zoned residential development land nationwide, enough land to accommodate 114,000 dwellings.

In Dublin City three out of every four vacant residential zoned sites is either owned by Dublin City Council or by a Nama debtor, enough to accommodate 71,000 dwellings.

Details of 700 sites and 1,700 hectares (ha) owned by councils and the Housing Agency were published in the Rebuilding Ireland Land Availability Survey last year. However, this is only a small part of the state-owned land.

Based on seven council returns, the extent of land owned by councils is 8,844 hectares (21,854 acres), five times greater.

In Fingal and South Dublin, the amount of council-owned land declared in Rebuilding Ireland is 132 hectares. The actual figure, including roads and parkland, is 6,761 hectares.

These two councils own 67.6 sq km, a land-bank bigger than San Marino, a small European country.

Even if a fraction of this land is suitable for future development, there is capacity to rezone to residential use for decades.

The proposed development in Cherrywood in Dun Laoghaire-Rathdown is 360 hectares, half the size of Phoenix Park, and will accommodate eight thousand dwellings, a town centre and 350,000 sqm of commercial space.

Fingal and South Dublin own the equivalent of nineteen Cherrywood’s, yet built 83 homes between them last year. South Dublin County Council built none.

The National Economic & Social Council (NESC) has confirmed that public land has a central role in the supply of affordable housing and recommended that rather than selling, state land-banks should be actively managed and used to drive the provision of affordable housing.

What needs to be done (and when)?

Last year 17,900 households experienced rental distress and signed up for the Housing Assistance Payment (HAP). This is to increase in 2018 and up to €950m on various supported rental programmes will be spent this year. At current rates of increase more than €5bn will be spent on state rent assistance by 2021.

Two years ago, an all-party Oireachtas Committee on Housing and Homelessness recommended an annual target of 10,000 social homes for the next ten years. An additional 5,000 affordable homes are needed per annum.

These are not, and will not, be provided by the public sector. At least 35% of a typical sales price in County Dublin is land value and developer’s profit. Private sector building is sluggish, concentrated mainly in Dublin and aimed at the top 20% of earners.

No legal agreements or projected sales prices have been published by developers in receipt of funding to date. Remaining LIHAF funding should be exclusively aimed at unlocking public land and its development potential.

Does it matter that homes are purchased rather than built by the state? Some officials consider that there is no difference – a home is a home.

But it is much cheaper and quicker to build a local authority home; the state is in total control of the process, from planning to completion.

Co-ops, in partnership with councils, can build affordable homes for sale for similar prices.

Only one such scheme of just 37 co-op homes is planned in partnership with Dublin City Council.

At least two local authority social and affordable homes can be built for the price of one purchased from the private sector in Dublin.

Two houses for the price of one (Mel Reynolds, Passive House Plus)

The Fight For A Right To Housing