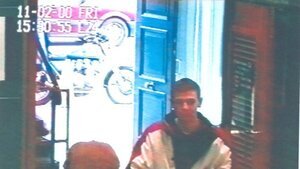 Mr Shanahan has been missing for more than 18 years. On the night of Friday 11 February 2000 he spent the evening in Coopers Bar in Limerick city with some friends but stayed on in the pub by himself when they headed home.

He was due to stay with those friends just across the road from the pub but he never arrived.

CCTV footage showed him leaving Coopers Pub at around 10.30pm.

Those three seconds of CCTV footage would be analysed again and again down the years by gardaí.

Please help us find out what happened to our missing sons (Gemma O’Doherty, irish Independent, June 16, 2013)

6 thoughts on “In Limerick”