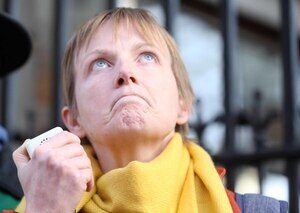 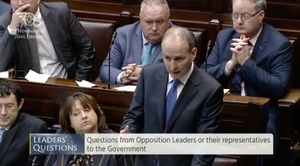 He said now, two years later, as there is no such scheme, this represented the “absence of compassion itself” for people who are seeking to access medicinal cannabis legally.

He said “many” are accessing it illegally which presents its own “dangers”.

Mr Martin paid tribute to Cork mum Vera Twomey (top), who had to spend time in the Netherlands, but said there are other families “under stress and strain”.

He said 12 people in Ireland now have a licence to obtain CBT THC – for which they must travel, mainly to the Netherlands.

Mr Martin said he received a letter – which he said “a bit disingenuous towards the end” – from Minister Harris yesterday.

He said the letter suggested the Government has no control over commercial operators and it has no power to compel companies to get involved.

Mr Martin said nobody ever alleged this was the case but said what’s needed is proper engagement with the companies.

He also said, contrary to what the letter said, he knows that there has been engagement with a company/companies and that it would be possible for a company to supply medicinal cannabis in the first quarter of 2019 if “intensive engagement” between the HPRA, the Department of Health and companies took place.

Earlier: Cutting Out The ‘Dodgy Guy ON The Corner’

A Hospital For Ants?

2 thoughts on “‘The Absence Of Compassion Itself’”