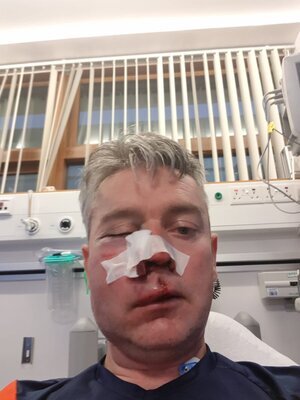 A referee was hospitalised after he was allegedly assaulted in the aftermath of an adult soccer match.

Gardaí in Co Offaly are investigating the incident which took place after a match in the Midlands Soccer League. Referee Daniel Sweeney was admitted to hospital with a suspected broken jaw as well as injuries to his cheekbone and nose.

The alleged assault is said to have taken place in the car park at the Combined Counties Football League after a dispute occurred towards the end of the game.

“This Is Not Soccer”

15 thoughts on “Meanwhile, In Offaly”