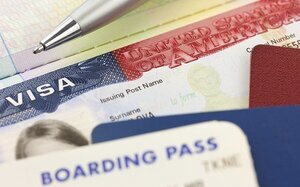 A bipartisan bill before the US Congress threatens to open access to the prized E3 visa class to Irish workers, a prospect that has sparked an intense lobbying campaign by Australia’s ambassador to Washington, Joe Hockey, to block the move.

….The legislation to expand the E3 visa scheme to Irish immigrants was introduced to the US House of Representatives at the end of October and is due for debate in coming weeks.

Many members of the US Congress have Irish ancestry, and are sympathetic to the idea of making it easier for Irish professionals to work in America.

But Australian officials have launched a diplomatic battle to preserve the exclusive right to the visa, fearing that opening up the scheme to the Irish would lead to a stampede of other countries seeking to gain access to its special provisions.

The Irish are muscling in on our special US visa, so we’ve ‘gone nuts (The Age)

26 thoughts on “‘The Irish Are Muscling In’”