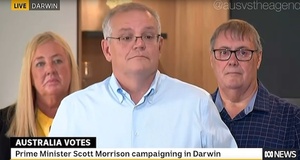 Australia is to sign up to the international treaty on pandemic prevention and preparedness by the World Health Organisation (WHO) on May 22 in Geneva, Switzerland.

Once signed, the treaty will enable WHO’s constitution to override local constitutions during a pandemic or other health emergency.

“In terms of a pandemic, what is required is very strong global interaction and co-ordination among all the members of the WHO, which did not quite happen at the beginning in this regard.”

…via The Australian Spectator:

…The advertised pretext for a global health treaty is that countries were wrongly allowed to take bespoke approaches to Covid – in particular, their vaccine roll-outs. According to the WHO, this endangered the health of the whole planet.

A more accurate reading of the situation comes from discussions had at the Coalition for Epidemic Preparedness Innovations launched at the World Economic Forum in 2017, funded by the Bill and Melinda Gates Foundation, Wellcome Trust, and a consortium of nations that include Australia. The Liberal government pledged a further $100 million to CEPI in March, 2022 to add to the $1.5 billion it has raised from other governments.

CEPI’s mission is to create ‘equitable access to vaccines’ because they do not like the volatility (and competition) of the free market. This is the same organisation that poured a fortune into RNA and mRNA vaccines for the WHO’s DiseaseX scenario which – less than a year later – was put into emergency production to combat Covid as a ‘proof of concept’ exercise.

Their stated objective from the beginning, long before Covid, has been to find a way to force Western governments to purchase vaccines in bulk for the Third World under the banner of ‘equity’.

The handling of the Covid pandemic is being used as an excuse to justify what was already designed and publicised. In this light, the proposed Global Pandemic Treaty is – first and foremost – a trillion-dollar business deal.

Being discussed is a $10 billion per year ‘preparedness fund’ along with an additional $100 billion emergency fund – that you pay for. Who knows what else is coming… 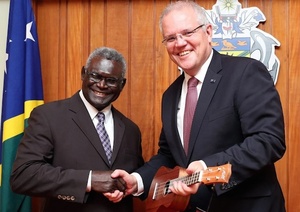 .@ScottMorrisonMP has hit out after suggestions foreign countries are meddling in the Solomon Islands. The Solomon Islands PM has criticised countries opposed to his new deal with China, claiming they were undermining his leadership and he is concerned about an invasion. pic.twitter.com/USGrrmZRq8 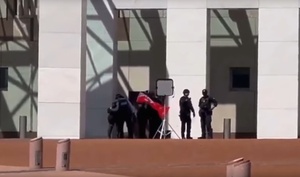 Why would they use these on a peaceful crowd? pic.twitter.com/DVQ2k80wfB 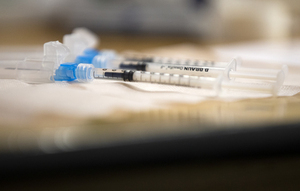 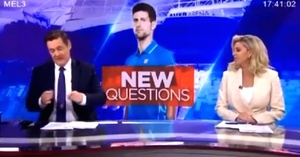 Behind the scenes of @Channel7

Someone forgot to stop recording. pic.twitter.com/WVrNy8IUTo

Vic This is now a Full Blown Clown show.. Listen as Dan Andrews contradicts himself in the same Press Conference…He can’t remember his own lies…. pic.twitter.com/qdUgtjAtv1 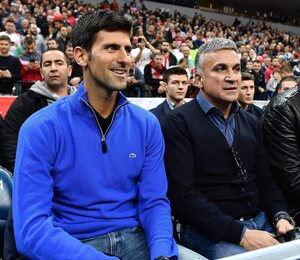 Novak Djokovic and his father, Srdjan in 2017

Novak Djokovic is not being held captive in Australia, a top official says, as the men’s world number one tennis player faces deportation over Covid vaccination rules.

“He is free to leave at any time that he chooses to,” Home Affairs Minister Karen Andrews said.

The Serb star remains in immigration detention in Melbourne after being denied entry on Wednesday.

A court challenge is due on Monday, a week before the Australian Open begins.

Now more uncertainty surrounds the schedule of the tournament that Djokovic has won nine times. A 10th win would see him become the men’s most successful player, with 21 Grand Slams.

ABC News is reporting that Czech player Renata Voracova also had her Australian visa cancelled on Friday and is being detained in the same immigration hotel.

As a former journalist who has worked for both Murdoch and Fairfax (now Nine News), all of you who continue to work for the lying Australian corporate mass media are every bit as culpable for this lawless tyranny as the governments. You will be held accountable for your treason. 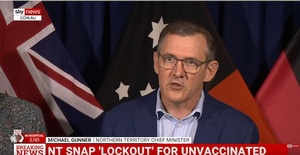 Under a new snap ‘lockout’ until Monday next announced by Chief Minister Michael Gunner (top), the unjabbed cannot go to work or even leave home for exercise.

Lockdown measures apply to all residents who are not fully vaccinated against COVID-19.

The unvaccinated can only leave their homes for medical treatment, for essential goods and services, and to provide care to someone who cannot support themselves.

The territory has also strengthened rules for visiting secluded communities – only residents and essential workers who return a negative rapid antigen test will be able to enter these communities. 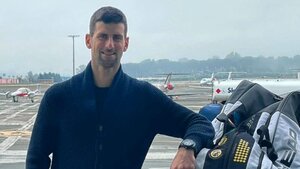 The world No.1 is challenging the Australian government’s decision to cancel his visa, applying for a judicial review, and attempting to stave off deportation in the meantime.

Federal Circuit Court Judge Anthony Kelly on Thursday night said there was a delay in receiving the application for a review of the visa decisions and the temporary ban on Djokovic’s deportation.

Novak Djokovic to remain in visa limbo until Monday (ESPN)

This absurd debacle over whether Novak Djokovic can enter Australia and play in the Australian Open despite being unvaccinated illustrates so much of the theater and bullshit embedded in COVID policy. There’s not an iota of science or public health driving any of this madness: https://t.co/nCf132DkbR 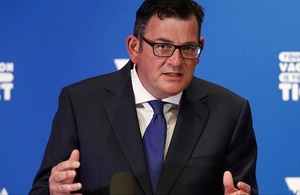 Dan Andrews is ordered to court for ‘concealing TREASON and fraud’ in an extraordinary win by anti-lockdown campaigners who convinced a court to accept a private prosecution.https://t.co/MkmsdMwwGj

The Premier @DanielAndrewsMP is in isolation waiting for a test result after he was exposed to COVID at what was described as a "swanky" private party on the Elwood foreshore on Saturday night @theage #springsthttps://t.co/WIi9QUM10T 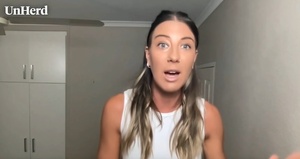 Hayley Hodgson, 26, moved to Darwin from Melbourne to escape the never-ending lockdowns — only to find herself locked up in a Covid Internment Camp without even having the virus.

“You literally get put on the back of a golf buggy with your bags. And these people are in hazmat suits and everything. They don’t want to come near you because they think you’re infectious. And they literally drop you to your room. And they leave you. They don’t come and say anything, they don’t check up, they don’t do anything. You get delivered your meals once a day. And you are just left.”