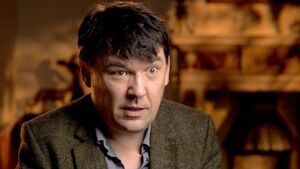 RTE are investigating trans law next week on Primetime, and who have they asked on to discuss the matter? fucking Gr*ham fucking L*nehan.

Folks, In the same way that you don’t tell anorexic kids they need liposuction, you don’t tell vulnerable kids with feelings of dysphoria that they need surgery and drugs. You certainly don’t tell them fairy stories about being “born in the wrong body”.

A petition has been set up asking the national broadcaster to reconsider Mr Linehan’s inclusion. The Father Ted co-creator is one of a number of contributors set to feature in the report which will examine the “growth in the number of young people seeking to change gender”. Since 2015, transgender adults have been allowed to state gender identity without requiring reassignment treatment or assessment. Those applying are also able to change the gender on their birth certificates, driver’s licence and passport.

Well, you’re why I won’t shut up about it. Xx https://t.co/oIEokkoZih