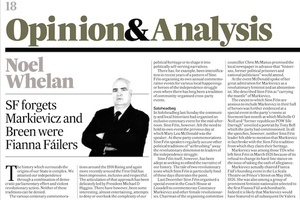 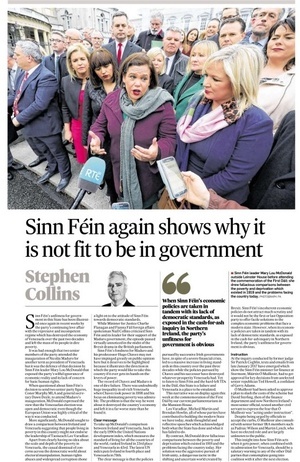 I see the Irish Times’ opinion pages are replete with Sinn Féin bashing columns today. I do wonder what would happen if people engaged with Sinn Fein’s actual policies (especially economic and social) instead of taking swipes at them based on some (now outdated) sense of their ‘untouchability’.

It is not that I think Sinn Féin’s approach to the current sit in Venezuala isn’t problematic (it is). It’s that the only actions many prominent journalists seem to engage with are ones that allow them to denigrate Sinn Féin without engaging with their actual policies.

‘Establishment’ voices can keep on treating Sinn Fein as if they are toxic if they want, but the reality on the ground is that they connect meaningfully with many people’s everyday realities and hardships, and a lot of politics is about being and feeling heard. And that is about policy.”