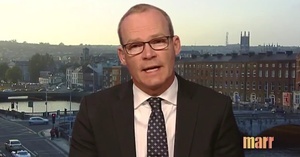 “I resent the fact that it’s all being thrown on Ireland… Brexit is a British decision,” says chair of the Irish Parliament’s Brexit committee @nealerichmond. “We must maintain the peace on our island” #r4today https://t.co/P2tK74OSbU

One of the more objectionable and shameful themes in our squabble about #Brexit is the idea, peddled on @BBCr4today and elsewhere, that it is somehow up to the Irish to sort it out for us.

Thread by @Sime0nStylites: “1. It’s been a funny old week. But perhaps the weirdest part has been the various very strange British media interviews with Irish politicia […]”

10 thoughts on “Backstop To The Future”