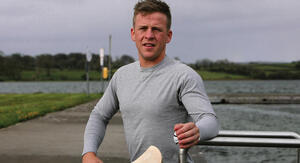 Ahead of his new four-part series, Dermot Bannon’s Incredible Homes, Dermot will join host Ryan Tubridy to compare and contrast how people live in different cities around the globe

The Late Late will celebrate the best of new Irish Enterprise with some of the inventions and products set to make a mark in the coming year.

After seeing her husband Niall Quinn receive an honorary degree some years ago, Gillian Quinn was inspired to return to college and joins Ryan to chat about how she’s proved that it’s never too late to get an education.

We’ll be joined by Conor Sketches to chat about his rise to success, and how his impressions helped to secure a gig with a major US TV network.

For years, Galway hurler Davy Glennon hid a chronic gambling addiction from his friends, family and employers before a life of lies caught up with him. The All Ireland winner joins Ryan…

The Late Late Show on RTÉ One tomorrow at 9.35pm