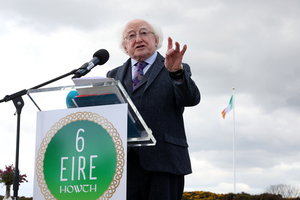 President Michael D Higgins will be live in-studio to speak with Ryan about his passion project, his Machnamh 100 series of seminars on the War of Independence and Civil War, his decade as president of Ireland and his love of football.

We mark one hundred years of Irish football with some of the greatest players to have worn the green jersey. Paul McGrath, Niall Quinn, David O’Leary, Packie Bonner and Shay Given will share their memories of the glory days of Irish football.

Also joining the show will be current internationals Gavin Bazunu, Dara O’Shea, Jessie Stapleton and Chloe Mustaki and managers Vera Pauw and Stephen Kenny. John Charlton will also be joining us to pay tribute to his father, the late, great Jack Charlton.

Plus, we will have music from singer-songwriter David Gray who will perform ‘This Year’s Love’ and Dan McCabe will sing ‘Fields of Athenry’. 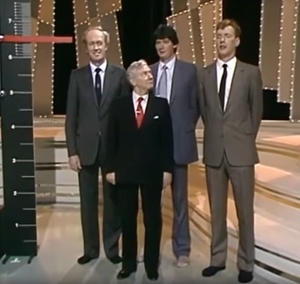 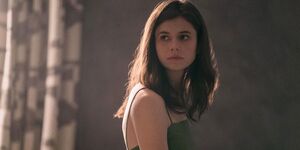 Alison Oliver in Conversations with Friends

As they prepare for the launch of the eagerly awaited new drama Conversations with Friends, Oscar-nominated director Lenny Abrahamson and the show’s Cork-born star Alison Oliver will join Ryan to chat about bringing Sally Rooney’s novel to life on the small screen.

Joining us on the show is a special musical treat from three men who share the same birthday John Sheahan, Paul Brady & Mundy will be playing some of their biggest hits & sharing some stories along the way.

Westlife’s Mark Feehily will join Ryan this Friday to talk about how fatherhood has changed his life, why doing The Masked Singer had a profound effect on him, and his excitement at getting back on stage with Westlife this summer. He’ll also be performing two special songs.

Plus, we will have a very special performance from composer Ruth Anne Cunningham and some of The Late Late Toy Showkids including Saoirse Ruane as they get ready to make a very special announcement that has been in the works for quite some time. 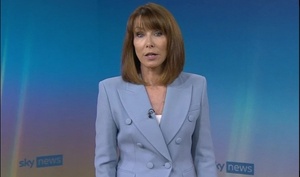 We will have a special performance and chat with music stars Sharon Shannon, Liam Ó Maonlaí and Fiachna Ó Braonáin from Hothouse Flowers, Lucia Evans and Steve Wickham, as they join together for a new charity album ‘Songs for Rosabel’.

Sky News’s Kay Burley has witnessed some of the most momentous moments in recent history. She’ll join Ryan to chat…

,,,Former Irish Special Forces Deputy Commander and Special Forces: Ultimate Hell Week leader Ray Goggins will discuss how to deal with a crisis and how the military mindset can be channelled into tackling any situation.

Powered by RTÉ, Junk Kouture, is back for its 12th year. Some of the finalists will be on the show to demonstrate their amazing creations where they turn everyday junk into Kouture.

Plus, ahead of their hugely anticipated album ‘Sometimes We See More In The Dark’, Mullingar rock band The Blizzards are back on the show and will perform ‘Friction Burns’.

The Late Late Show tomorrow on  RTÉ One at 9:35pm One of Gaelic Football’s greatest ever managers, Jim Gavin is now leading a very different challenge, chairing an upcoming Citizens’ Assembly on a directly elected mayor of Dublin… He’ll join Ryan to speak about his role and much more…

Author Cecelia Ahern will speak with Ryan about her TV adaptation of Roar, her book of short stories, produced and starring Nicole Kidman…

…As she prepares to fly to Italy to represent Ireland at the Eurovision Song Contest, Brooke Scullion will be in studio to perform her dancefloor anthem That’s Rich.

Plus, we will have music from the energetic Irish alt-folk group Moxie, who will perform The Place Above.

The Late Late Show tomorrow on RTÉ One at 9:35pm. Cork men, Timmy Long and James Leonard, otherwise known as The Two Norries will join Ryan and will share their personal stories of addiction and recovery, and what inspired them to start a podcast together.

…Ahead of her support slot with her mentor Ed Sheeran in Croke Park this weekend, new pop hopeful Maisie Peters performs her single ‘Psycho’ live in studio…

…Westmeath comedian Alison Spittle will be live in studio with Ryan to talk about the very unexpected inspiration behind her new show,…

Queen of ventriloquism Nina Conti will surprise members of The Late Late Show audience with her hilarious match-making skills….

Plus, Ryan will be joined by the cast of the musical Girl from the North Country, based on the music of Bob Dylan, who are also in studio for a live performance of a Dylan classic. The hit Broadway musical by Conor McPherson comes to Dublin’s Olympia Theatre this June. One of Ireland’s most popular comedians Dara Ó Briain will drop in this week to talk about his current comedy tour ‘So…Where Were We?’ and the joy of being back on stage after two years of pacing the house…

And Ryan will be chatting to three Irish CODAs – Declan Buckley, Amanda Coogan and Shane O’Reilly – about the very positive impact growing up the children of deaf adults have had on their lives.

Having shot to Late Late Toy Show fame in 2012, then going on later to star in Sing Street and featuring in the Best film Oscar-winning film CODA, 22-year-old Ferdia Walsh-Peelo will chat to Ryan about his stellar career and what is next on the horizon for the Wicklow-native.

….Ferdia will also perform on the show with his new band ‘The Fynches‘ live…

The Late Late Show tomorrow on RTÉ One at 9:35pm. Michael Bublé at Croke Park in 2018

With 75 million album sales under his belt, the inimitable Michael Bublé will perform new music live in studio….

…Ahead of making his ascent to Croagh Patrick, Irish boxing legend Barry McGuigan will discuss dedicating his climb to, not only Charlie Bird and Vicky Phelan, but also his beloved late daughter, Nika.

As preparations get underway on the eve of the Climb with Charlie event, we will go live to Westport to check in on Charlie, his family, supporters, and friends including Daniel O’Donnell, Dermot Bannon, Roz Purcell, Matt Molloy, George Lee, Joanna Donnelly, and many more…

…Plus, Michael English will perform a song written exclusively to support the Climb with Charlie.

The Late Late Show tomorrow on RTÉ One at 9:35pm Former Republic of Ireland captain and manager, Mick McCarthy joins us in aid of Daffodil Day…Ireland and Leinster pro, Andrew Porter will shave his head live to raise funds for the Irish Cancer Society…

With his very own show on Golf Channel on NBC, impressionist and comedian Conor Moore will be on with his hilarious take on an array of famous Irish characters…

Ballinteer native, Andrew Fitzsimons, is back launching his own independent haircare range…

Ryan will meet Amy Dunne who, when she was just 17 years old,  found herself going to court to demand the right to travel to the UK for a termination after her baby was diagnosed with a fatal foetal abnormality.

Plus, Ireland’s newest folk band formed through a nationwide search of over 1,000 musicians, Ceol will drop by  for a special performance. In the spirit of St Patrick’s Day, this week’s Late Late Show will air live at 9:30pm on Thursday night instead of its usual Friday night time slot, with an evening dedicated to showcasing the very best of Ireland in music, comedy and sport.

Fresh from signing a new contract to stay on as manager of the Irish men’s international football team, Stephen Kenny will be on to talk about his hopes for the future of Irish football.

No celebrity is safe from the wit of impressionist and comedian Oliver Callan who will celebrate St Patrick’s Day with a host of well-known Irish voices.

Moya Brennan and legendary Irish group Clannad, celebrate decades in the music industry as they join the party to embark on their farewell tour. Paul Noonan from Bell X1 will join them for a special performance.

Persian/Irish group Nava will make their Late Late debut with an incredible fusion performance. And rising star of the Folk world Dan McCabe will be in studio to give his own rousing version of ‘A Song for Ireland’.

The Late Late Show St Patrick’s Day Award will be presented live on the night and will pay homage to the victims of the war in Ukraine.

The Late Late Show on RTÉ One tomorrow  at 9:30pm.