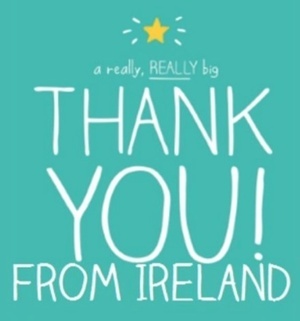 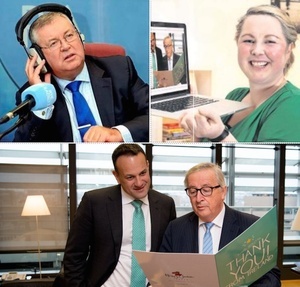 Clockwise from top left:Joe Duffy, Hailey Keirse sent the card to Jean-Claude Juncker above with Taoiseach Leo Varadkar in Brussels on Wednesday

Ms Kierse told Joe Duffy on RTÉ Radio One’s ‘Liveline’ yesterday that she sent the appreciation when the President of the European Commission refused to remove the backstop from the Brexit Withdrawal Agreement.

She said she wanted to “kiss him” as she feared Ireland would become a “whipping boy”, and the Good Friday Agreement would be at risk if the backstop was to be amended.

Ms Kierse asserted “absolutely no agenda” and had not even heard of Mr Juncker before sending the card.

The only reference to Ms Kierse on social media is a Twitter account that follows a number of politicians , including Leo, and only has one tweet…

…which was sent out to all news organisations last August. All most odd. Have we been played? What’s going on?

€1 Per Unit Of Alcohol

‘Is A Part Of You Saying, ‘Actually Maybe We Shouldn’t Dig?”

71 thoughts on “House Of Card”