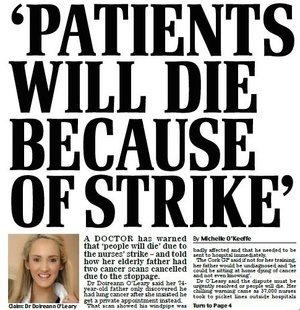 Thread by @kenfoxe: “1/ Have read at least half a dozen articles over the past week suggestive that all nurses & midwives are on some kind of gold-plated pub […]” 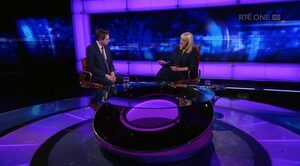 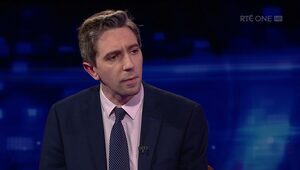 The Minister for Health Simon Harris was interviewed by presenter Miriam O’Callaghan about the August 27, 2018 memo he released last night which showed he was told of a €391million potential cost overrun related to the building of the National Children’s Hospital but didn’t inform the Minister for Public Expenditure until November 2018.

He was also asked about the nurses’ strike.

Towards the end of their interview Ms O’Callaghan asked him if he had moved his position on the nurses calls related to pay and retention of staff “one iota” since the strikes began.

He said he thinks both sides need to move their positions, to resolve the matter, but added the following caveat:

“But it has to be in the confines of the [public sector pay] agreement. Or you’ll have me sitting in this seat next week asking me about a different group. It’s about finding common ground and I’m very confident we can do that.”

On budget and on time, the latest issue of The Phoenix is in shops and online tomorrow morning. pic.twitter.com/8dbZmkhuSE

‘We Do Not Want To Be On Strike For One Minute’