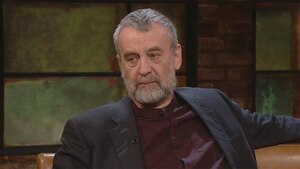 Bláthnaid Ní Chofaigh will tell Ray about the challenges of learning to swim later in life, after recently starting swimming lessons at her local pool….

In his first TV interview since his heart attack late last year, bestselling author and raconteur, Michael Harding, will open up about his ongoing recovery…

And Ray will hear the remarkable story of Conor Stakelum – the 25 year old who became the first Irishman to ever qualify for the European Figure Skating Championships….

18 thoughts on “Staring At Ray”