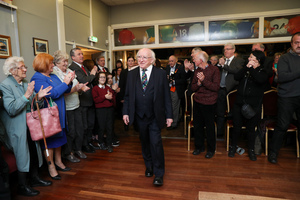 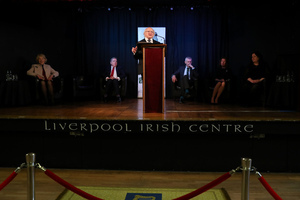 President Higgins speaks of #Irish and his own family ties with the U.K., his fondness for #Liverpool “the most Irish of British cities” and his delight at being back in the Liverpool Irish Centre. @LiverpoolIC 🇮🇪🇬🇧 pic.twitter.com/PjOziLzbay 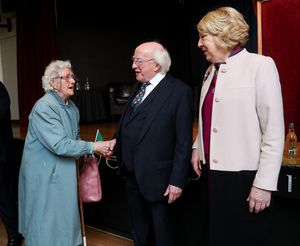 Eileen Walsh originally from County Cavan and living in Liverpool since 1951, meets president Higgins and Sabina.

Easy for him to say.

Being bilingual and all.

Once More With Feeling